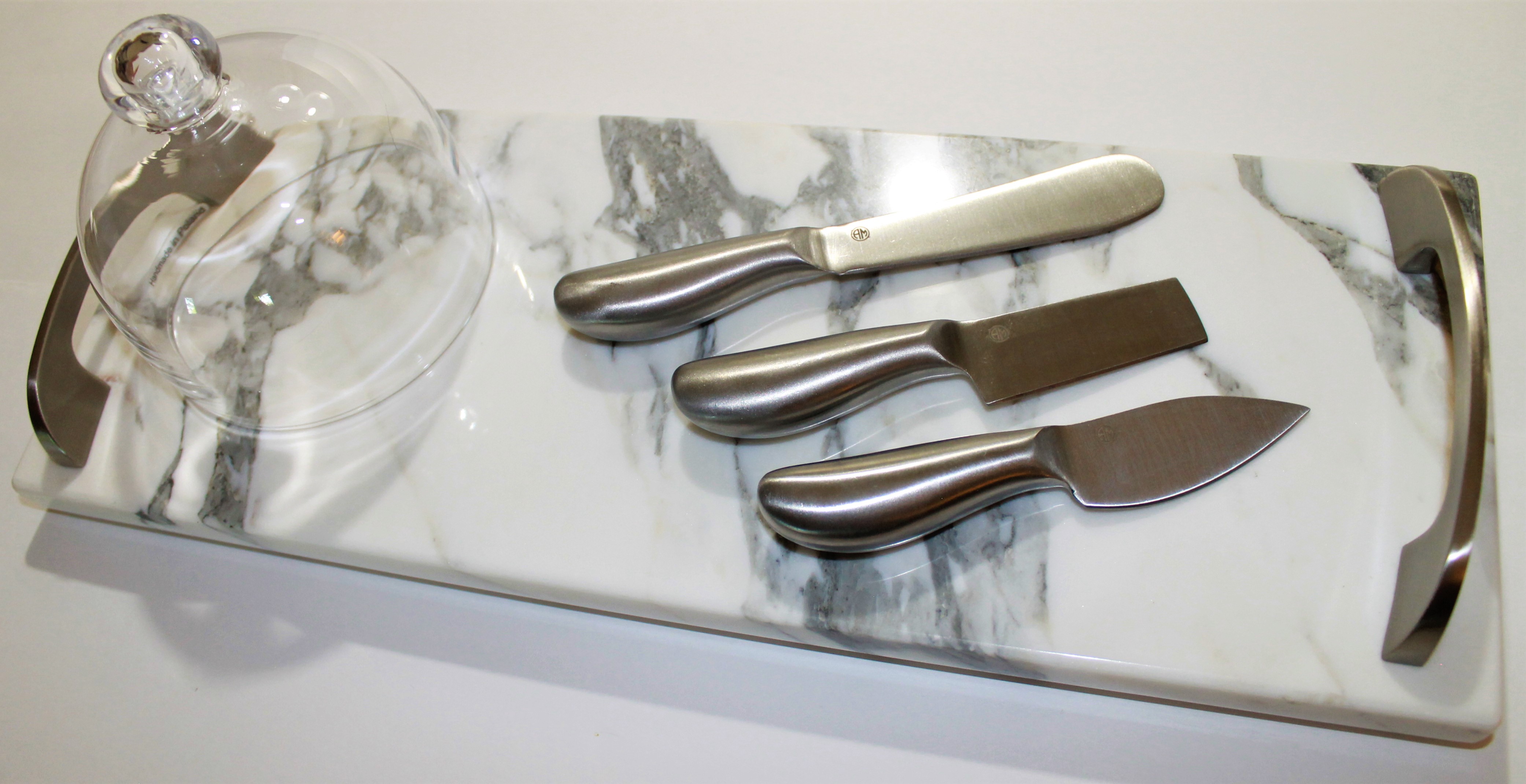 The Holland Cutting Board Company has partnered with a marble company to bring the finest Marble Stone products to Holland Michigan. We would like to share with you a brief history about the marble we use and share the beauty of our earth forming a Cheese and Fudge Board.

THE HISTORY OF ITALIAN STONE INDUSTRY

The start of the Italian marble industry can be traced back to the early renaissance period but became prolific during the Roman Empire. Most of the industry can be found in what is called the Carrara Valley, also called Province of Massa-Carrara, which is situated on the border of Liguria and Emilian Romagna. In the 17th and 18th centuries, the marble quarries were monitored by the Cybo and Malaspina families who ruled over Massa and Carrara. The family created the Office of Marble in 1564 to regulate the marble mining industry. The city of Massa, in particular, saw much of its plan redesigned (new roads, plazas, intersections, pavings) in order to make it worthy of an Italian country’s capital.  Following the extinction of the Cybo-Malaspina family, the state was ruled by the House of Austria and management of the mines rested with them.

Although it is situated between the Alps and the sea, these towns were almost always the first to be conquered during times of war. Due to this factor, the Carrara Valley is known secondly for anarchy. By the end of the 19th century, Carrara had become a cradle of anarchism in Italy, in particular among the quarry workers. According to a New York Times article of 1894, workers in the marble quarries were among the most neglected laborers in Italy. Many of them were ex-convicts or fugitives from justice. The work at the quarries was so tough and arduous that almost any aspirant worker with sufficient muscle and endurance was employed, regardless of their background. In Carrara, the anarchist Galileo Palla remarked, “even the stones are anarchists.”